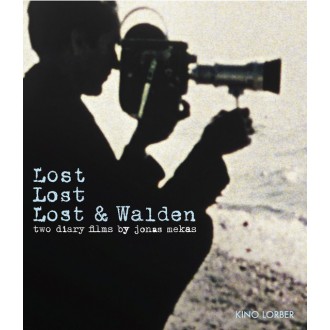 Mekas' first completed diary film, is an epic portrait of the New York avant-garde art scene of the 1960's, featuring many of Mekas' friends of that period, including Andy Warhol, John Lennon, Yoko Ono and The Velvet Underground.

It comprised of fourteen years of footage, documents Mekas' early years in New York as he and his brothers Adolfas build their new life in America, discovering the city and the burgeoning film and arts community of the 1950s and '60s downtown scene.

A documentary about Jonas Mekas by Gideon Bachmann:

A booklet with the text "Out of the Past" by Ed Halter.