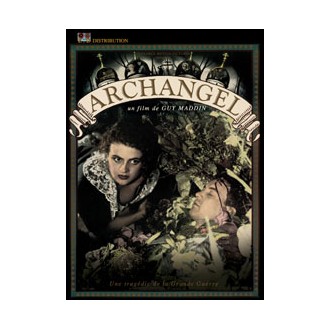 DVD of ARCHANGEL, a film by Guy Maddin with bonus films

A flood of hallucinatory images, in which the soft voice of the actors carries a melancholy and fascinating work to the heights. (Cahiers du cinéma)

- film audio commentary by Guy Maddin, George Toles, Greg Klymkiw and John B. Harvie
- movie trailer
- 2 short films (Odilon Redon, 4', The Heart of the World, 5') with photos and extracts from the storyboard
- production notes on the set of the film
- trailer for "The Saddest Music in the World"
- photo gallery