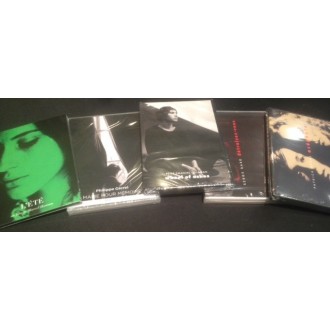 Rediscover the hopes, dreams, violence, boredom and confusion of a society in turmoil through during the events of May 1968 this collection of 5 DVDs.

In March 1968, French cultural minister Andre Malraux threatened to close Henri Langlois' French Cinemathèque. Langlois' supporters, including Truffaut and Godard, held rallies and protests, which were shut down by the police. Thus started a social movement that blossomed into May 1968. The French New Wave directors also successfully halted the Cannes Film Festival later that month. This link between the history of French cinema and May 68 is not widely known, but was celebrated by a handful of filmmakers that created a new style of film-manifesto at that time.

To commemorate the 50th anniversary of May 68, we have selected a pack of five DVDs, which epitomize the political and artistic movements of the period. Part celebration, part study guide, these films bring us into the soul and fervor of the late 60s in Paris and France.

Shot in Paris in 1968, WHEEL OF ASHES is Peter Goldman's second feature after the groundbreaking ECHOES OF SILENCE. Produced by Godard and starring Pierre Clémenti, WHEEL OF ASHES built a bridge between the New York Underground and the French New Wave.

Marcel Hanoun's L'ETE was the first of his SEASONS tetralogy. Shot in August, but featuring images from Paris in May 68, the story follows a young woman who isolates herself from the May 68 uprising by heading to the countryside to reflect on these events, creating a false sense of calm during a time of social upheaval.

MARIE POUR MEMOIRE by Philippe Garrel preceded May 68 by only a few months. Garrel explains his film as describing the traumatism of a new generation. Included on the DVD is ACTUA I, shot in 35mm on the barricades during the actual events of May.

DETRUISEZ-VOUS by Serge Bard is perhaps the most telling document of this series. Shot in April 68 on the campus of Nanterre where the student uprising began, it describes the fomenting discontent of youth in a narrative style stripped bare of artifice. In this film, we feel the rage under the surface of society.

ACEPHALE means 'headless man' and Patrick Deval's film of the same name describes a post-1968 society wandering about 'headless," with no real aim, but instead searching for a new way of thinking.

Rediscover the hopes, dreams, violence, boredom and confusion of a society in turmoil through this collection of films.