◊ BOOKS◊Framework: The Journal of Cinema and Media

Framework: The Journal of Cinema and Media 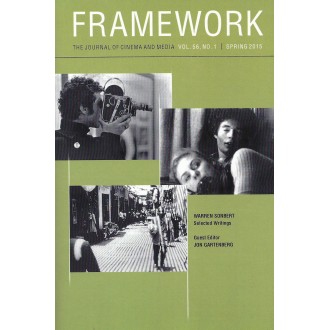 By buying this product you can collect up to 1 loyalty point. Your cart will total 1 point that can be converted into a voucher of 0,20 €.

Jon Gartenberg is the guest editor of Framework 56.1, a special issue of writing by avant-garde filmmaker, Warren Sonbert. Sonbert, as Jon’s introduction, and this issue’s content, makes clear, was a man of eclectic interests, ranging from opera to experimental poetry. He applied compelling ideas about filmmaking to many other arts and took many ideas from other arts. Most of Sonbert’s writings are out of print, unpublished, or hard to find, so this has been a great opportunity and an unprecedented one: this issue is the first collection of Sonbert’s writings. Sonbert film clips and other materials to accompany this issue can be found on the Framework website, www.frameworknow.com.

Materials have been scanned, rather than transcribed, so they appear in the original form. (Some are accompanied by transcriptions of pages with handwrit- ten annotations and are in the Appendix.) Some are typed manuscripts, with or without annotations, and some are handwritten letters; others are prints from books, newspapers, or magazines. These visible pages, by appearing as they did in the time they were written or published, can give today’s reader a sense of the real feeling in these works and of Sonbert’s life and times.

Jon’s choices of what to include also reveal some sense of Sonbert’s lived life and show him as a man of great curiosity, strong opinions, and brilliant talent, who wrote skillfully and with polyvalent imagination on many subjects. He was a man of his times but, fascinatingly, he was more radical, and in multiple ways more modern, in his opinions than many are today.  Ascension Serrano, Sonbert’s partner, has contributed a loving preface. Jon, Ascension, and I hope this is just the beginning of deeper discussions about Sonbert’s work and of more publications to come.
- Drake Stutesman

Framework: The Journal of Cinema and Media is an international journal dedicated to theoretical and historical work on the diverse and current trends in media and film scholarship. The journal's multicultural coverage and interdisciplinary focus and the high caliber of its writers contribute to important interconnections between regional cinemas, practioners, academics, critics, and students. Framework is committed to publishing articles from interdisciplinary and global perspectives and contains commissioned and unsolicited articles, interviews, and reviews that provide an eclectic and informative study of contemporary cultures relating to all aspects of cinema and media studies. 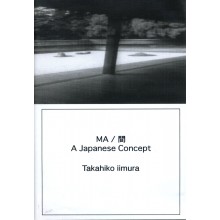