Vivienne Dick : Between Truth and Fiction 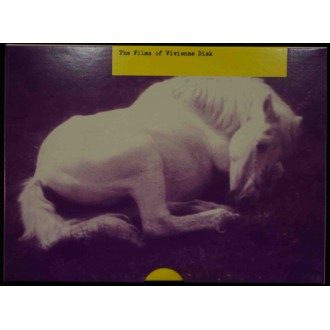 DVD with 5 films by Vivienne Dick accompanied by a 100 page paperback book with essays on the filmmaker's work.

Between Truth and Fiction includes both a 100 page full-colour publication, with newly-commissioned essays on Dick’s work, and a DVD of five selected films spanning the three decades of Dick’s practice.

Vivienne Dick (b. 1950, Ireland) is an internationally-celebrated film-maker and artist. A key figure of the ‘No Wave’ movement in  New York in the late 1970s and early 1980s, she has gone on to  develop an extraordinary body of work, which has been shown in cinemas, films festivals and art galleries around the world.

Shot on Super-8, 16mm and video, Dick’s film-making practice slips between fiction and documentary, using elements of both, along with fragmentary narrative, dislocated imagery  and compelling self-reflexive performances.

Between Truth and Fiction is co-published with The Crawford Gallery, Cork in conjunction with their show of Vivienne Dick’s work in autumn 2009.