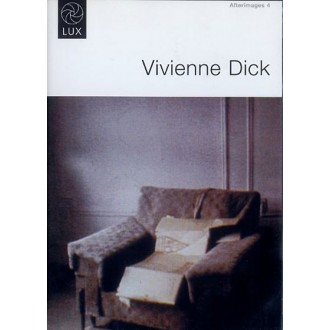 Born in Donegal, Ireland, Vivienne Dick moved to New York in 1975. There she became part of a group of filmmakers affiliated to the music and aesthetics known as 'No Wave'. Shot mainly on Super-8, Dick's films from this period feature many people and musicians from the No Wave movement in New York, such as Lydia Lunch, Pat Place, James Chance and Ikue Mori. Invoking the spirit of '60s underground filmmakers, her work betrays an interest in individual transgression, urban street life, kitsch and pop culture. Multilayered and open-ended, the work is framed from a female perspective, with an overriding concern for social conditioning and sexual politics.

GUERILLRE TALKS, 1978, 24 min
Dick's first film, consists of eight unedited rolls of super-8 sound footage. A chorus of red and white Kodak leader separates the individual rolls, each of which is a sort of screen test for Dick's female subjects (most of whom are or were associated with the punk music scene)...Guerillre Talks can be seen as the extension of Warholian pragmatism to super-8 talkies. However, by juxtaposing various examples of female self-definition against the backdrop of a decaying social order, the film is also the rehearsal and paradigm for Dick's subsequent work.
Jim Hoberman, October issue 20, Spring 1982

SHE HAD HER GUN ALL READY, 1978, 28 min
With Lydia Lunch and Pat Place, and set in the Lower East Side, NYC, this is a film about unequal power between two people (of any gender), or the repressive side of a person in conflict with the sexual powerful side. Karyn Kay calls it ..'The contemporary unspeakable: women's anger and hatred of women at the crucial moment of overpowering identification and obsessional thralldom.'
Rod Stoneman in The Directory of British Film and Video Artists (John Libbey 1994)

STATEN ISLAND, 1978, 4 min
Pat Place plays a creature who lives in an old abandoned barge on a rubbish strewn beach. The mood is post-apocalyptic and the music of Telstar mixed with domestic kitchen clatter. V.D.

"the quintessential No Wave filmmaker." J.Hoberman