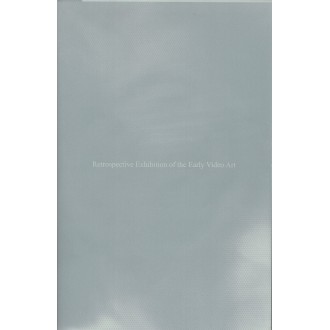 The catalog and DVD published for the "Retrospective Exhibition of the Early Video Art" at the Nagoya City Gallery in Japan on 2006.1.5-22
*CATALOG IN JAPANESE LANGUAGE*

This is a catalog and DVD set that was released for the "Retrospective Art Early Video" which was held at the Galerie Nagoya City in Japan from January 5-22, 2006. The works represented in this exhibition come from the late 1960s to the early 1970s, when video art was composed of most single and installations works. the catalog also includes video works of the 80 the works involved in the exhibition and included on the DVD were organized by the Executive Committee "early video art rethink."