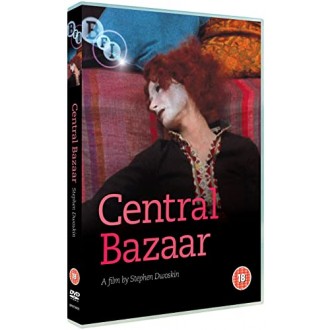 A film by Stephen Dwoskin

For this remarkable experimental film, the provocative avant-garde legend Stephen Dwoskin gathered together a group of strangers and filmed them as they explored their fantasies over a period of five days: a project that now sounds a little like TV's Big Brother. The ceremonial gowns and make-up here not only evoke the eroticism of European horror movies but also highlight the film's interplay between performance and intimacy.

Stephen Dwoskin was born in New York in 1939 and began making independent shorts there in 1961. In 1964 he followed his research work to London where he settled and participated in the founding of the London Filmmaker’s Co-op. His experimental films, for which he himself does the camera work, play with ideas of desire, sexual and mental solitude and the passage of time. In his films he also explores representation in cinema, performances, personal impressions and his own physical handicap which has been a source of inspiration for him throughout his career. Dwoskin died on 28th June 2012 in London. His sensitive and emancipating works have been the subject of various international presentations.