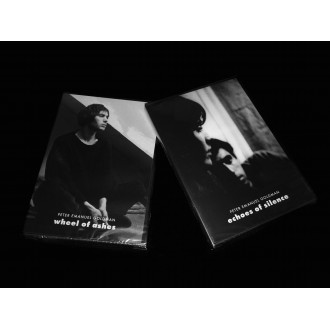 Two films by Peter Emmanuel Goldman for a discounted price of 34 euros!

Peter Emmanuel Goldman's rarely screened debut, an underappreciated landmark of the New American Cinema, chronicles the lives of twenty-somethings adrift in New York City, finding tremendous pathos in the smallest moments: a furtive glance across a museum gallery, girls putting on makeup, a stroll beneath the pulsing lights of Times Square marquees. Composed with a lo-fi purity and bereft of diegetic sound, its shadowy images of youthful flaneurs are paired with evocatively hand-painted title cards and a dynamic soundtrack drawn from the artist's LPs that, when combined, conjure up a ballad of sexual dependency like none other.

-Wheel of Ashes-
"An extraordinary black and white film shot in Paris in 1968, 'Wheel of Ashes' is a film that haunts you long after you have left the cinema. Goldman is really a forgotten genius."
-Henri Sera, Theiapolis Cinema