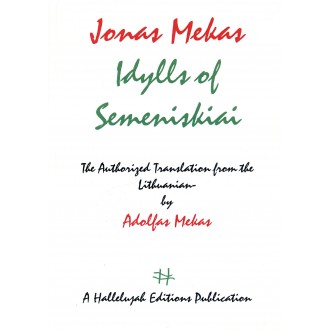 Book of poems written by Jonas Mekas and translated from the Lithuanian by Adolfas Mekas, signed by both Adolfas and Jonas.

Much has been written and published worldwide about Jonas Mekas' numerous films and his relentless advocacy of independent-personal-poetic cinema. But his poetry written in the Lithuanian language is celebrated only in Lithuania. Though some of Jonas' later poems were translated into French, Japanese, Polish, German, and other languages, his major work, Idylls of Semeniskiai, remains mostly unknown outside his native country. One of the reasons is the complexity of the language Jonas uses in his pastoral poems which cannot be easily translated.

This English translation of Idylls of Semeniskiai is as close to the original Lithuanian as it can ever be.

"Nature, all but unmediated, pulses through the poems of recollected childhood that renowned filmmaker Jonas Mekas wrote in displaced camps in Germany just after World War II. Barred from returning to his native Lithuania, which had been occupied by the Russians, he concentrated instead on conjuring lost landscapes in free-verse "idylls" that recall Virgil's Georgics, Hölderlin, Stifter, Clare, Leopardi, Rilke, Pasternak, and William Carlos Williams, and are as direct as cinematography. His brother and fellow cineaste Adolfas, who was with him in exile and had shared those Kinderszenen, has performed a valuable service by rendering these marvelous poems in a crystalline translation whose clarity and emotional nuance are that of memory itself. Idylls of Semeniskiai is a spellbinding work of collaboration."

Edition signed by both Adolfas and Jonas on the title page. 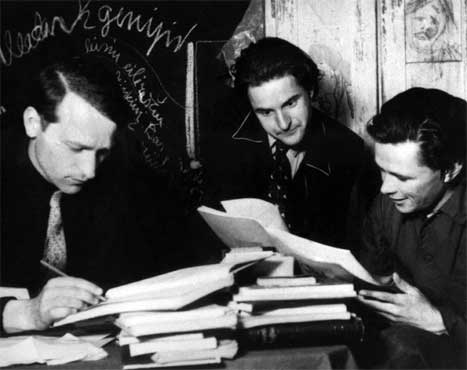