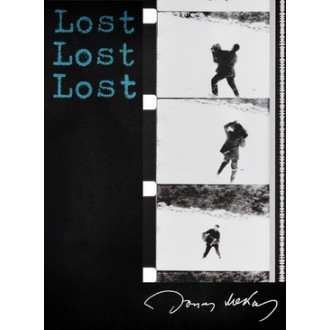 Poet and hero of the American counter-culture, Jonas Mekas invented the diary form of film-making. Born in Lithuania in 1922, and displaced from his homeland by the Soviet and Nazi invasions, 'Lost Lost Lost' comprises fourteen years of filming, starting from his arrival in America as a political refugee. It documents the New York counterculture of the ’50s as well as the development of Mekas’ own filming style.

“The period I am dealing with in these six reels was a period of desperation, of attempts to desperately grow roots into the new ground, create new memories. In these six painful reels I tried to indicate how it feels to be an exile, how I felt in those years. They describe the mood of a Displaced Person who hasn’t yet forgotten his native country but hasn’t yet gained a new one. The sixth reel is a transitional reel where we begin to see some relaxation, where I begin to find moments of happiness. New life begins...”
- Jonas Mekas

“The borderline is fading between an artifact – an œuvre d’art,’ conceived as such, a pure product of stylized imagination – and what can be described as a poet’s account of events; as sincere and as honest as only a poet’s account can be. Maybe Jonas Mekas’ Lost Lost Lost has just marked the beginning of a new genre. In the line of a Gide, of a Sartre, of a Malraux. But in film.”
- Antonin J. Liehm, Thousand Eyes