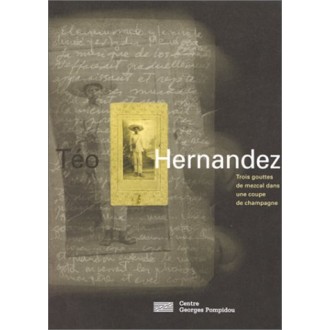 The work of Teo Hernandez, interrupted too early, is already considerable: over a hundred films, almost all in super 8. From the beginning, they bear the mark of his likes and fascinations (literature, travel, the male body, the Christian Baroque, Greta Garbo, Marlene Dietrich). He imposed an aesthetic lushness and quick installation in the camera, as a way to use, transcending, the humblest aspects of daily life. He founded the early 1980s Metro Barbes Rochechou'Art band with his cine-artists Gael Gawker friends, Michel and Nedjar Jakobois. Among his films made: his masterpiece Salome (1976), The Body of passion (1977-1979), Maya (1979), Lunch (1988). Born in Mexico in 1939, he died in Paris in 1992. This work is introduced by analytical texts, includes some of the logbooks of the artist, written sometimes in French, sometimes in Spanish. Hernandez meticulously outlines the genesis of his films, his moods, his travels, his loves, his projects and his poems and reflections on cinema. Here are gathered his most significant notes on the form of thematic cinema: light, sound, rhythm, etc.