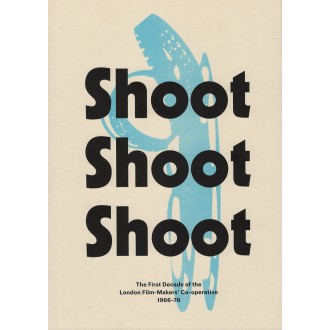 The 1960s and 1970s were a defining period for artists’ film and video, and the London Film-Makers’ Co-operative (LFMC) was one of the major international centres. Shoot Shoot Shoot documents the first decade of an artist-led organisation that pioneered the moving image as an art form in the UK, tracing its development from within London’s counterculture towards establishing its own identity within premises that uniquely incorporated a distribution office, cinema space and film workshop.

Illustrated throughout in full colour, this book brings together a wide variety of texts, images and archival documents, and includes newly commissioned essays by Mark Webber, Kathryn Siegel and Federico Windhausen.