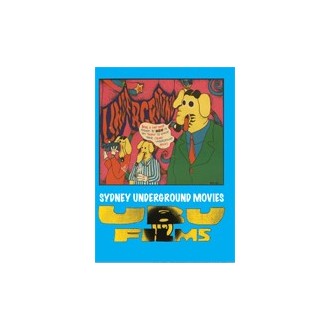 This digital collection of 16mm films made by the Ubu Films group presents a unique opportunity to reconsider the wealth of invention that signifies one of the most important cultural periods in Australia. The Ubu Films group would take advantage of hiring vacant threatres, halls and cinemas for the purpose of screening new independent works. In a sense, Ubu's film screenings became a form of social celebration amongst a young radical community which the films emanated from.

The films within this collection exemplify a period of unbridled creative experimentation that flourish during Ubu's brief five year period preceding institutional control of the arts in Australia. The three disc set begins appropriately with an introduction by Phillip Noyce - the internationally renowned film director who as a school student, was inspired by Ubu to take up filmmaking and became the first Manager of the Sydney Filmmakers Coop in 1970.

"... audiences are going to rethink or run.'