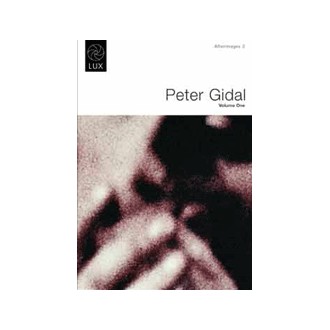 Peter Gidal's films have been an influence on several generations of artists. An important theorist and writer as well as a filmmaker since the late 1960s, Gidal was a pioneer of 'structural-materialist' film and his work has been shown around the world, including retrospectives at the ICA in London and the Centre Pompidou, Paris.

CLOUDS, 1969, 10 min, silent, b&w
Frantic frame edge defining nothingness. "The anti-illusionist project engaged by Clouds is that of dialectic materialism. There is virtually nothing on screen, in the sense of in screen. Obsessive repetition as materialist practice not psychoanalytical indulgence." - PG (Nov 1975) "Gidal's film Clouds establishes an awareness of position, a confrontation, and it takes you back to you from the far reaches of eternal space the confrontation as with you." - Steve Dwoskin, Independent Cinema (1970)

ROOM FILM 1973, 1973, 55 min, silent, colour
"The anti-illusionist project & the materialist dialectic are no more mechanistic goals than for example Marxist poltical theory and practice. This film is a consequent continuation and contraction of my film work, research which began with Room (1967). The film is not a translation of anything, it is not a representation of anything, not even of consciousness." - PG "I liked your Room Film very much. It is very good... I felt as if my father had made it, as if it was made by a blind man. I liked the tentativeness... sometimes the repeating shots would be clear, other times one couldn't tell if it was continuous. One had to work at it. I think it is a really beautiful film. I liked the splices! I feel that searching tentative quality a lot, that quality of trying to see." - Michael Snow (Sept 1973) "I was particularly impressed with Gidal's film, which from what I've seen may be his best to date. Very subtly and very plastically it deals with light. The film is uncompromisingly rigid in its minimality of action. A very beautifully realised piece of work... it is definitely contemporary in feeling and substance. It is one of the best films to come out of the London School." - Jonas Mekas, Village Voice (1973) "...there is no describable content, but one watches with fascination the representation of the objective world through the agency of light and its absence. An important enlargement of the historical conception of modernism, Gidal also poses the problem of the dialectic of representation, through representation (Rembrandt, Giacometti, etc)." - Malcolm Le Grice, Studio International (1973)