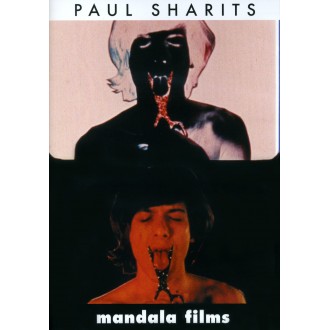 "The screen, illuminated by Paul Sharits' N:O:T:H:I:N:G, seems to assume a spherical shape, at times - due, I think, to a pearl-like quality of light his flash-frames create... a baroque pearl, one might say - wondrous!... One of the most beautiful films I've seen."
- Stan Brakhage
"You are pulled into the world of color, your color senses are expanded, enriched. You become aware of changes, of tones around your own daily reality. Your vision is changed. You begin to see light on objects around you... Your experience range is expanded. You have gained a new insight. You have become a richer human being."
- Jonas Mekas

In the mid-1960s, Paul Sharits developed an abstract cinema in radical opposition to the pictorial tradition. His works taken together propose a reflection on the very nature of cinema and its component parts: the film strip, single frames, the flow of film through the projector, sprocket holes, screen, projectionS Using mainly the flicker technique (flickering between pictures and colors), he highlights frame by frame discontin-uity, thus revealing the hidden powers of editing.

Includes a booklet by Vincent Deville with writings by Paul Sharits.

Stream the films online on our VOD page: