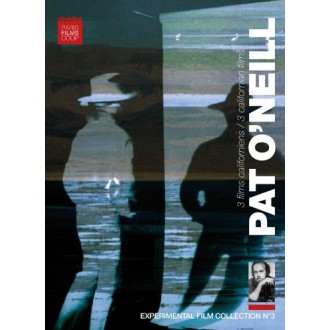 A DVD with 3 fims by Pat O'Neill

Pat O'Neill, a Los Angeles Californian, artist, sculptor, photographer, experimental filmmaker, creator of inventive cinematographic techniques, and instructor at the Cal Tech, has completed in fifty years about thirty films of varied styles and lengths. From the most humoristic in the sixties to the most mysterious and luxuriant between 70's and 90's, he has afterwards explored in a surprising manner the multiple games and weaving of the cinematographic narrative in several disturbing films. Awarded in many festivals, shown in the major international museums and cinematheques, his films still remain to be discovered in France with this first DVD which contains three essential films.