DWOSKINO. The Gaze of Stephen Dwoskin 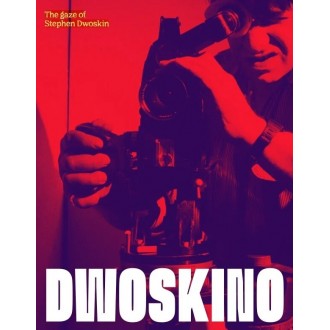 A book on the life and times of the experimental filmmaker Stephen Dwoskin with texts by Laura Mulvey, Raymond Bellour, Raymond Durgnat, and Dwoskin himself.

Stephen Dwoskin (1939–2012) began his filmmaking career in the New York underground scene of the early 1960s, then moved to London in 1964, where he became a leading figure in avant-garde film, and was one of the founders of the London Filmmakers Co-operative (now LUX). His early works, such as Dyn Amo (1972), are synonymous with the male gaze. Laura Mulvey wrote that he ‘opened a completely new perspective for me on cinematic voyeurism’ and his work was a major influence on her influential work on the male gaze in cinema. From the mid-1970s, he focused his camera upon his own body, afflicted by polio during childhood, in such films as Behindert (1974) and Outside In (1981).

DWOSKINO. The Gaze of Stephen Dwoskin is the culmination of a three year research project, The Legacies of Stephen Dwoskin, at the University of Reading where his archive is housed. The book is a unique visual distillation of Dwoskin’s life and times, with hundreds of never-seen-before images taken from his archive, and texts by among others Laura Mulvey, Raymond Bellour, Raymond Durgnat, and Dwoskin himself.