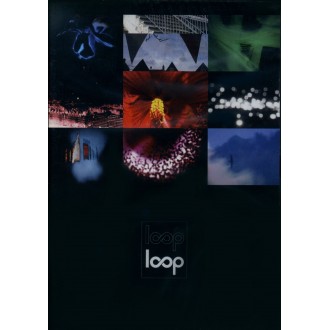 As part of Loop’s fifteen-year anniversary, its members have produced an anthology of their own writings and a DVD containing a small selection of their films.

The Loop Collective is a group of independent media artists formed in 1996 to develop a public platform integrating experimental film and video with other art forms. We program and produce works for presentation through exhibitions and events in both traditional and non-traditional spaces. Our mission is to explore the roots of experimental film and video by creating a dialogue with other art media. We strive to promote experimental film and video for critical engagement by cultivating relations among different artistic communities. The Loop Collective has presented gallery installations, screenings, and artist talks by renowned figures including Michael Snow, Chris Welsby, Christian Lebrat, Carolee Schneemann, and Jósef Robakowski. Programmes of films by Loop members have screened at venues including The National Film Board of Canada (Toronto), Cinema Parallele (Montreal), Winnipeg Cinematheque, NASCAD (Halifax), Club SAW (Ottawa), The Factory (Hamilton), Leeds International Film Festival (United Kingdom), and the 2010 Canadian Retrospective at EXiS Festival, (Diagonal Film Archive, Seoul).

c: won eyed jail
by Kelly Egan / 2005 / 4 min 30 sec / 35 mm / colour / silent
c: won eyed jail is a 35mm ﬁlm projects consisting of two parts: a quilt patterned out of 35mm still negatives and 35mm found motion picture, and a traditional ﬁlm print of the quilt that is screened through a
35mm motion picture projector. The dual existence of c: won eyed jail a projected ﬁlm and as a sculptural object is meant to call into question the originary place of analysis of ﬁlm: is it in the content projected on the screen or in the ﬁlmstrip/ﬁlm negative---the “score” of the ﬁlmmaker? The quilt itself allows audience members access to the negative of the ﬁlm, an art object normally sequestered from its viewing public.

Thaw
by Shana MacDonald / 2006 / 8 min / 16mm / colour / silent
Thaw expresses the ﬁlmmaker’s personal frustration with images of  femininity within visual culture. Using images from the canon of Western art as a starting point, the ﬁlm explores the feelings of panic and immobility that accompany the exploration of one’s own sense of self in the face of cultural expectations.

Parícutin
by Erika Loic / 2007 / 14 min / 16mm / colour / sound
In February of 1943, a fissure appeared in the cornfield of Dionisio Pulido, a farmer in the Mexican state of Michoacán. Ash and incandescent rocks emerging from this fissure preceded lava flows, violent explosions, and the birth of Mexico's youngest volcano. Parícutin combines animation with footage shot at the current site of the volcano to recreate the full life cycle of the volcano.

Quanta
by Dan Browne / 2008 / 10 min / 16mm / b&w / silent
Quanta is an investigative record of patterns found in the observable Universe, as contained within the perceptions of a Bolex taken for an afternoon excursion in a rowboat.

Shapes Eat Shapes
by Angela Joosse /2006 / 3 min 16 sec / digital video / colour / sound
Shapes Eat Shapes is a sound-image waltz. The dance is performed between interior bodily rhythms, and exterior urban patterns and grids. In this way, the work explores the musical and rhythmic qualities of being-in-the-world.

Levitas
by Angela Joosse 2009 / 1 min / dv / colour / sound
While in New York I lived in an apartment which had an excellent view of the constant flow of air planes making their way along the path towards landing. This one minute video is a visual music piece that plays with airborne things.