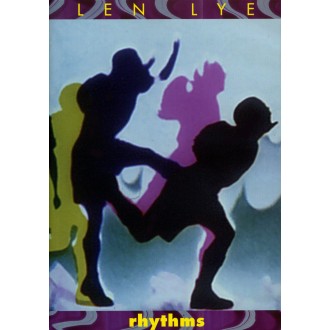 “There has never been a great film unless it was created in the spirit of the experimental filmmaker.”
- Len Lye

“There has never been a great film unless it was created in the spirit of the experimental filmmaker.”
- Len Lye

Len Lye was a major figure in experimental filmmaking as well as a leading kinetic sculptor and an innovative theorist, painter and writer. He pioneered ‘direct film', film made without a camera, by painting and scratching images directly onto celluloid, by reworking found footage, by casting shadows of objects onto unexposed film, and by experimenting with a number of early color techniques.

Contains 28-page booklet with texts by David Curtis, Roger Horrocks and Len Lye on his films.

A Colour Box, Rainbow Dance, Birth of the Robot, Trade Tattoo and Swinging the Lambeth Walk supplied by the British Film Institute, whose National Film and Television Archive has preserved these films and carried out restoration work on A Colour Box and Rainbow Dance.