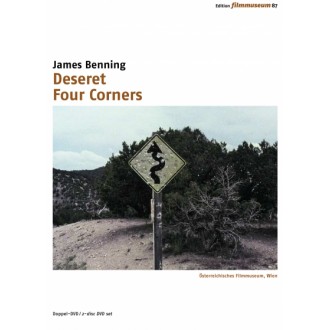 2 DVD set with 2 films by James Benning and a Q&A with the filmmaker.

In the 1990s, James Benning's films were characterized primarily by an ongoing investigation of the relationship between the image and the (spoken or written) word. This 2-disc set features the two key works representing the peak of this "text-image film" period. In Deseret Benning (by way of the New York Times) retells the history of America's Mormon State Utah through spectacular black & white and color images. Art and landscape join as one in Benning's following film Four Corners, which serves as both a tribute to the famous region in the USA where four states converge and a portrait of four very different artists.