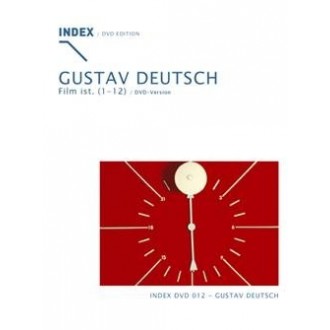 Gustav Deutsch - Film ist. (1-12) DVD-Version
It is, in a word, glorious.... what I feel is the inherent power and mystery of such material, the arrangement of these images and sounds into a definition of cinema constitutes one of the greatest pedagogic films I have seen.... my main reaction is to have my socks knocked off.
(Tom Gunning)
Film ist.
1 Bewegung und Zeit / movement and time (15 min)
2 Licht und Dunkelheit / light and darkness (10 min)
3 Ein Instrument / an instrument (10 min)
4 Material / material (8 min)
5 Ein Augenblick / a blink of an eye (7 min)
6 Ein Spiegel / a mirror (10 min)
(The film can be shown in any order with a minimum of three parts.)

Film is. consists almost exclusively, of sequences from existing scientific films. These films are about the acrobatic flights of pigeons, the intelligence testing of apes; about reversed worlds and stereoscopic vision; hurricanes and impact waves in the air. How glass breaks, children walk and how a Mercedes crashes into a stone wall in slow motion. The contempt with which scientific films are received is not directed against the content, but rather against their conventional, unimaginative, ridiculous and commentary-contaminated appearance. Similarly, the fascination with some of the teaching films
can be attributed almost exclusively to the power of their images - images which one has never seen, even in the cinema.
Film is. brings an abundance of these images together. One can feel not only the politics, but also the singular poetry of scientific film, which often makes use of experimental techniques - extreme slow motion, extreme time lapse, telescopic or microscopic camera work, solarising, x-ray film.
Film is. is a poetic film in itself. Just how the various pieces find their own place and rhythm reminds one of modern poetry or the photo work of the American artist John Baldessari. Pictures which, from their origins, have nothing to do with each other, which don´t belong together, are compared, tied together, fused with each other.
(Alexander Horwath)