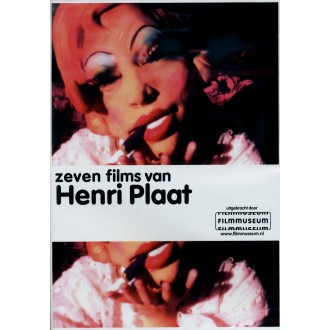 A short-film collection by Henri Plaat

The versatile Dutch artist, photographer and film maker Henri Plaat traveled a lot. He visited Greece, the Middle-East, India and Latin America, where remains of ‘places of history’, fascinated him. He filmed such locations and like in his drawings and paintings fantasy and reality supplemented each other in 8mm and 16mm footage. Plaat made some forty different films full of fragments of reality, sometimes absurd, surreal or melancholic. This DVD presents seven of Plaat’s films, typical for his output.

I Am an Old Smoking, Moving Indian Movie Star (1968). A veiled Indian lady talks to the camera (silent). Her story is told in images. 5min

El Cardenal (1972). In his study a cardinal is surrounded by bizarre props in an atmosphere of decay. 6min

Postcards (1973). Landscapes, cities and people pass by in a small pile of post cards. 12min

Now That You Are Gone (1977). A surreal encounter at Père Lachaise cemetery between a brightly coloured jelly pudding, tomb stones and Mickey Mouse. 4min

Fragments of Decay (1983). Edited fragments from films, shot during various journeys. Decay is the main theme. Some images are moving. A dead horse in a river in Turkey, a retarded boy in Greece. Houses falling apart. 12min

A Fleeting Dream (2004). Editing of disregarded film fragments, giving the impression of a 'fleeting dream’. Premiered during the Nederlands Filmmuseum Biënnale, 2005. 10min