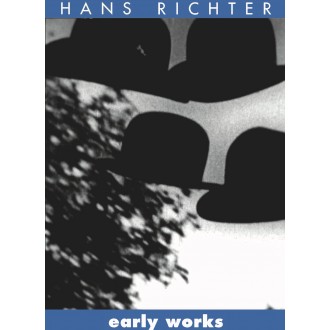 A new version of our previous edition of the DVD with 8 films by Hans Richter, now with 3 bonus documentary films

By film I mean visual rhythm... to see movement, organized movement, wakes us up, wakes up resistance, wakes up the reflexes, and perhaps wakes up our sense of enjoyment as well. This kind of film gives memory nothing to hang on. At the mercy of "feeling", reduced to going with the rhythm according to the successive rise and fall of the breath and the heartbeat, we are given a sense of what feeling and perceiving really is: a process - MOVEMENT."
- Hans Richter 1924

Richter's position in the art world was unique. As one of the earliest exponents of Dada, he was also one of the first to recognize the new possibilities cinematography offered the artist. He participated in the first avant-garde film movement alongside Léger, Duchamp, Man Ray, Picabia, Cocteau and Dali, and later in New York his teachings would influence many of the "New American Cinema" filmmakers.