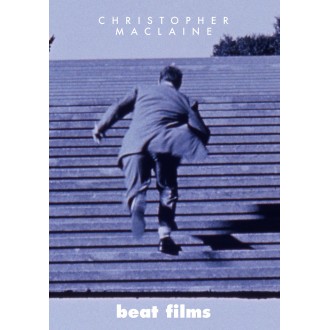 "Dating from 1953, this may in fact be the first genuine beat film, profoundly inventive and advanced for its time. Maclaine outlook is bleak and his techniques are crude, creating a film which is deliciously inept, but glorious. One of cinema starkest evocations of the Cold War period and its effect on creative thought, situated in the beat milieu of 1950s San Francisco but speaking in direct terms to generations of lost souls."

"With Maclaine, we are going back to the source of the Beats; he was the filmmaker who chronicled the movement as it happened and created a center of one of the aspects of the Beat myth seven or eight years before the grand epic of Beat became nationally known with Allen Ginsberg and Jack Kerouac.... I have seen The End more than fifty times, and there are moments when I still begin to tremble at the psychological blockages and outright terror of it. Unquestionably, it is Maclaine masterpiece."

"One can feel behind the film images and its sounds the movements of a complex and beautiful spirit, the movements which lead you to your own unexpected, exalted, chance discoveries. The beauty of The End is stronger than the crooked silliness of governments, the blabberings of sociologists and politicians."

Christopher Maclaine - The End - Trailer from Re:Voir Video on Vimeo.