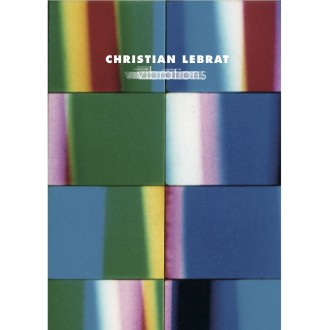 11 films by Christian Lebrat with a 40 page booklet.
For orders destined for institutional use in North America, please contact GARTENBERG MEDIA.

Christian Lebrat, born in 1952 in Paris, is an internationally acclaimed artist with a career spanning over 30 years. He is a filmmaker, video artist, performance artist and photographer, as well as a publisher, curator and writer.

Christian Lebrat has created over twenty experimental films, videos, and film performances, along with a formidable body of photographic work, with a career spanning over 30 years. In the last ten years he has had over a dozen major international retrospectives of his films. He began working in photography in 1978 and has been exhibiting regularly since 1982. His works are in several public collections, such as: National Museum of Modern Art (Centre Pompidou Paris), FRAC Champagne-Ardenne, Forum des Images (Paris), Les archives du film expérimental d’Avignon, Bibliothèque nationale de France (Paris), National Center of Contemporary Art (Moscow).

His most recent recognition include: 2007 Prize of the MoCCA (Museum of Contemporary Cinema, in Madrid) for Ultra, film performance for 2 x 16 mm projectors and loops. His video V1 (Vortex) has been acquired in 2008 by the Fonds National d’Art Contemporain (French public collection) and most recently his “historical” film Organisation I and performance Liminal Minimal have joined the Centre Pompidou Collection.