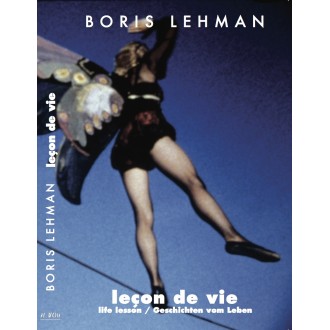 The story of my hair can be told in two lines. My hair was long and black. It has turned white. It hasn't been cut since 1982, almost thirty years ago. Story of my Hair is a journey, both in space and in time. Anyone looking for truths, whether geographical, scientific or historical, will be disappointed. After looking at real events and real places the film very soon distances itself from them, preferring poetry and fiction. In his own fashion the auteur has combined the story of Samson and Delilah, the journey of those condemned to the death camps, the science of hair and a few thoughts about the meaning and fragility of life.

"To attain knowledge, man and woman had to be willing to give up their innocence," says Boris Lehman. Life Lesson is a poetic and philosophic reflection on the theme of paradise lost. Some fifty persons illustrate the planet's convulsions and the world's vacillations. Trying to communicate, to commune with the invisible, they cry out, sing out, give out messages, each in their own way, in their own state of solitude. These are like multiple echoes that resemble waves in the water or stars in the sky.

"Behind these images and sounds that have been stifled by today's society, Lehman hunts for noises, cries, songs, messages that go astray. He says that if we look at the invisible we may hear the words. He invites us to look beyond the appearances of social life and to vibrate in tune with life's polyphony that is all around us."
- Philippe Simon