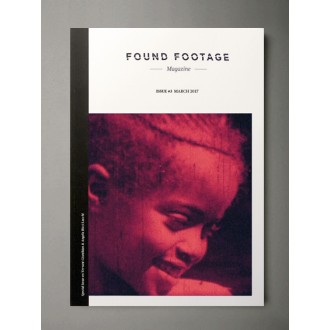 FFM fills the void created by the fact that there has not been, up to this time, any forum for the collection and dissemination of information, critical thinking, and discussion of found footage cinema including all its manifestations : recycled cinema, essay film, collage film, compilation film, archival cinema, mash-up...

FFM accomodates a selection of articles and sections aimed at exploring issues of ethics, politics, form and content related to the culture of recyled cinema : monographs, interdisciplinary essays, interviews and opinion pieces concerning the eclectic universe of found footage film-making.

Our Analytical Camera by Yervant Gianikian and Angela Ricci Lucchini

A letter to Angela and Yervant by Atom Egoyan

A Poetics of care : slowness, etics and enchantment in Gianikian and Ricci Lucchi's oeuvre by Miriam de Rosa

Re-routing the image : the use of haptic interventions in Gianikian and Lucchi's work by Arine Kirstein Hogel

The Succes and failure of Arthur Lipsett by Stephen Broomer

Harun Farocki and the archive. What image show, what image conceal by Sergi Alvarez Riosalido

Odds and ends by Edwin Rostron

Cinema by other means (Pavle Levi, 2012) by Nazare Soares

Active encounters, a conversation between Alejandro Bachmann and Kevin B. Lee