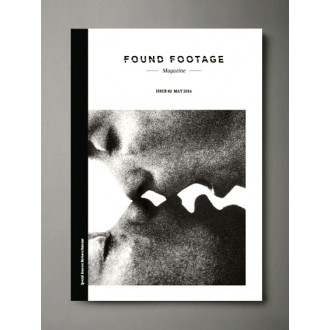 The scope, inventiveness, and audacity of Barbara Hammer’s career compel us to expand the frame from found footage to appropriation more broadly. Her appropriations of material from audiovisual archives (what is traditionally called found footage) came after and alongside more fundamental appropriations of various cinematic means of production, from film cameras and optical printing to a range of digital hardware and software, as well as the generic codes and practices of pornography and documentary. And these actions have in turn always been bound up with her appropriations of physical space: in film after film, Hammer wrests space (and time) away from heteropatriarchal coding and control.

Two Films by Jean-Claude Bustros, by Dirk de Bruyn
Copyright in a Nutshell for Found Footage Filmmakers, by Brian L. Frye
Images Beyond Time: Cinema as Photographic Archive, by Clint Enns
History Decays into Images not Stories: A Journey with Walter Benjamin from Future to Past, by Nazare Soares
Indexing versus Taxonomy: I, Dalio—or The Rules of the Game and The Thoughts That Once We Had, by Jonathan Rosenbaum

· View them for what they are, reveal what they are hiding: A Conversation with Michael Robinson, by Alejandro Bachmann
· Somewhere I have never travelled: Engram of Returning, by André Habib
· The Last Broadcast, by Peter Snowdon
· Something Old, Something New—two DVDs from Gustav Deutsch, by Scott MacDonald