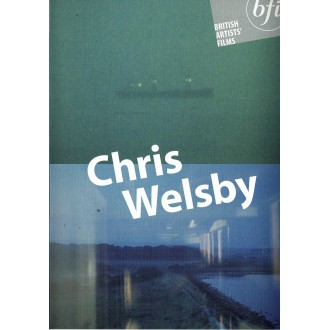 The second release focuses on the work of Chris Welsby, landscape artist and pioneer of the moving-image installation in Britain, whose subtle meditations are exhibited in museums and galleries around the world.

Featured on the DVD are works from different stages in his career, uniquely tracing his development as an artist, from his early critical responses to British structural filmmaking and Minimalism of the 1970s to his mature, contemplative landscape works of the 1980s and 1990s.

The twin-screen films River Yar and Wind Vane have been digitally remastered for this DVD to reproduce their original projection format.

"Each of my films is a separate attempt to re-define the interface between 'mind' and 'nature'. In my work, the mechanics of film and video interact with the landscape in such a way that elemental processes – such as changes in light, the rise and fall of tide or changes in wind direction – are given the space and time to participate in the process of representation."