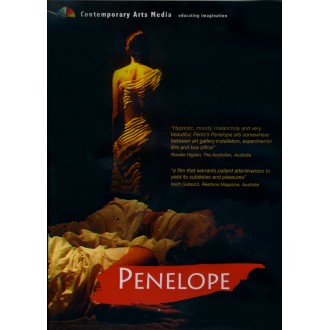 A film by Ben Ferris based on Homer's tale of Penelope

Penelope, starring Natalie Finderle in the lead role and Croatian actor Frano Maskovic as Odysseus, is the first Australian-Croatian co-production.

The film is a lyrical treatment of Homer's tale of Penelope, depicting her psychological struggle as she waits twenty year for her husband to return from the Trojan War. It drawns on the long-take filmmaking style of film directors such as Andrei Tarkovsky (The Mirror), Akira Kurosawa (Seven Samurai) and Bela Tarr (Werckmeister Harmonies). Director Ben Ferries and Director of Photography James Barahanous also embrace this style in their short films Ascension and The Kitchen.

In Ferris' mythical tale of Penelope, the technique is used as a dramatic device that experiments with time and space to build the tension and sense of nostalgia experiences by the waiting heroine. Penelope presents performances that have been choreographed to a hauntingly beautiful score by renowned film composer Max Richter (Shutter Island, Stranger than Fiction, Waltz with Bashir).